A Marvelous Work and a Wonder

Isaiah prophesies of the coming forth of the Book of Mormon

Moroni 10 contains the prophet Moroni’s final words before he sealed up the record to be brought forth by the gift and power of God. 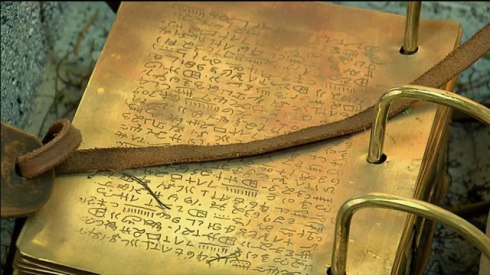 About 1,400 years before Joseph Smith received the gold plates, Moroni concluded his father’s record by writing some final exhortations to those who would receive the Book of Mormon in the last days (see Moroni 10:1–2). The word exhort means to urge, advise, caution earnestly, admonish urgently. Moroni used the word nine times in the final chapter of the Book of Mormon.

Prophets and Apostles discuss the importance of gaining a testimony of the Book of Mormon. (3:46)

Moroni’s first exhortation can be found in Moroni 10:1–2, and “I would exhort you” to look for the remaining exhortations that Moroni felt inspired to include in this final chapter and consider which one applies to you and your current situation in life.

Perhaps the most well know exhortations extended by Moroni are those found in Moroni 10:3-5. These verses have always meant a lot to me. I am a living witness of the truthfulness of the Book of Mormon because I have applied those exhortations to my own life!

How Important Was It to Moroni that We Pray about the Book of Mormon?

As a young man I experimented with Moroni’s exhortations in relation to the Book of Mormon and I found the book to be true. As a father I have also exhorted my children to do the same. On one occasion my oldest son was finishing the Book of Mormon for the first time. He had made a goal for himself to read the entire Book of Mormon before he was baptized. He started on his 7th birthday and read 15 verses a day to finish by his 8th birthday. My wife or I would read each night with him, alternating verses. When we arrived at this second exhortation relating to the Book of Mormon I was reading with him. I asked him if he was going to accept Moroni’s challenge and pray to know for himself that the Book of Mormon is true. He casually responded that he was not going to do so. Surprised by his response, and a bit worried, I asked him why he wasn’t going to do it. With all of the innocence and sincerity of a seven-year-old, but with the wisdom of a sage, he responded with words along these lines:

“I don’t need to pray to know that the Book of Mormon is true. I already feel the Holy Ghost tell me that it is true every time I am reading it.”

Well, what can I say to that? That was one of the most exciting moments as a parent that I had experienced up to that point. He is now in high school and has read the Book of Mormon several times since then and continues to affirm its truthfulness and helpfulness in his life. His sister followed his example and also read the Book of Mormon in the year preceding her baptism. She completed it for the third time on her own as part of The Book of Mormon Translation Challenge 2014.

My next oldest (our third child) also finished reading the Book of Mormon to prepare for his baptism. Most recently, my fourth child prepared for his baptism by also reading the entire Book of Mormon. As of today, my fifth child is in Mosiah and studying the Book of Mormon each day to prepare for her baptism. I have one other little girl that I pray will follow the example of her older siblings; if she does, all 6 of those little kiddos will have read the entire Book of Mormon, at a rate of 15 verses per day, to gain their own witness of this special Testament  of Jesus Christ in preparation for their baptism.

And that leads me to my “exhortation” for you: DON’T EVER STOP STUDYING THE SCRIPTURES!

We don’t have long to go until we finish the #BOMTC, so start thinking NOW about what you will study starting July 1st. Maybe it will be a slower study of the Book of Mormon, or maybe you have enjoyed the quick-paced study and would like to finish the entire standard works in the next year. Whatever it is, start planning today so that you are ready to go! 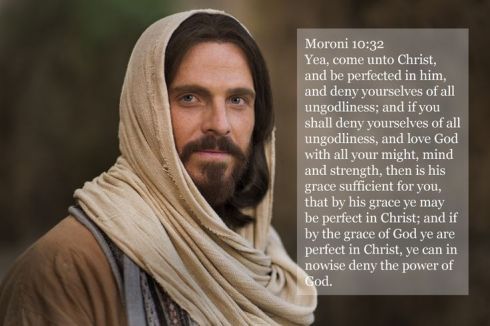 A Book with a Promise

The Book of Mormon is a book with a promise. Although its history is compelling by itself, it is a book of scriptural significance that should be received and read under the influence of the Holy Ghost.

Husband, Father, Teacher END_OF_DOCUMENT_TOKEN_TO_BE_REPLACED
This entry was posted on Wednesday, June 6th, 2018 at 12:34 AM and tagged with Another Testament of Jesus Christ, bomtc, Exhort, faith, Gifts of the Spirit, Holy Ghost, judgment, Moroni, Perfection, prayer, President Henry B. Eyring, Sanctification, testimony, the Book of Mormon, Translation Challenge and posted in The Book of Mormon, The Church of Jesus Christ of Latter-day Saints. You can follow any responses to this entry through the RSS 2.0 feed.
« #BOMTC Moroni 8-9: “Labor Diligently”
#BOMTC 1 Nephi 1-3: It Begins with a FAMILY »